Windows apps - introduced in Windows 8, primarily installed from the Store app. Universal Windows Platform (UWP) apps - designed to work across platforms, can be installed on multiple platforms including Windows client, Windows Phone, and Xbox. All UWP apps are also Windows apps, but not all Windows.

This article provides a deeper dive on what happens to files and registry entries when you create a Windows app package for your desktop application.

A key goal of a modern package is to separate application state from system state as much as possible while maintaining compatibility with other apps. Windows 10 accomplishes this by placing the application inside a MSIX package, and then detecting and redirecting some changes it makes to the file system and registry at runtime. 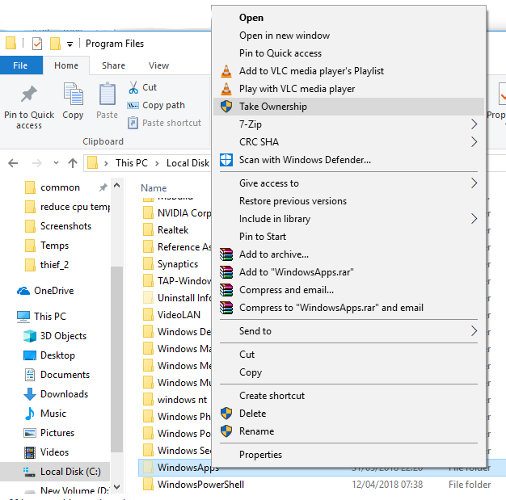 App packages are installed under C:Program FilesWindowsAppspackage_name, with the executable titled app_name.exe. Each package folder contains a manifest (named AppxManifest.xml) that contains a special XML namespace for packaged apps. Inside that manifest file is an <EntryPoint> element, which references the full-trust app. When that application is launched, it does not run inside an app container, but instead it runs as the user as it normally would.

After deployment, package files are marked read-only and heavily locked down by the operating system. Windows prevents apps from launching if these files are tampered with.

The OS supports different levels of file system operations for packaged desktop applications, depending on the folder location.

All newly created files and folders in the user's AppData folder (e.g., C:Usersuser_nameAppData) are written to a private per-user, per-app location but merged at runtime to appear in the real AppData location. This allows some degree of state separation for artifacts that are only used by the application itself, and this enables the system to clean up those files when the application is uninstalled. Modifications to existing files under the user's AppData folder is allowed to provide a higher degree of compatibility and interactivity between applications and the OS. This reduces filesystem “rot” because the OS is aware of every file or directory change made by an application. State separation also allows packaged desktop applications to pick up where a non-packaged version of the same application left off. Note that the OS does not support a virtual file system (VFS) folder for the user's AppData folder.

All writes to the user's AppData folder (e.g., C:Usersuser_nameAppData), including create, delete, and update, are copied on write to a private per-user, per-app location. This creates the illusion that the packaged application is editing the real AppData when it is actually modifying a private copy. By redirecting writes this way, the system can track all file modifications made by the app. This allows the system to clean up those files when the application is uninstalled, thus reducing system 'rot' and providing a better application removal experience for the user. 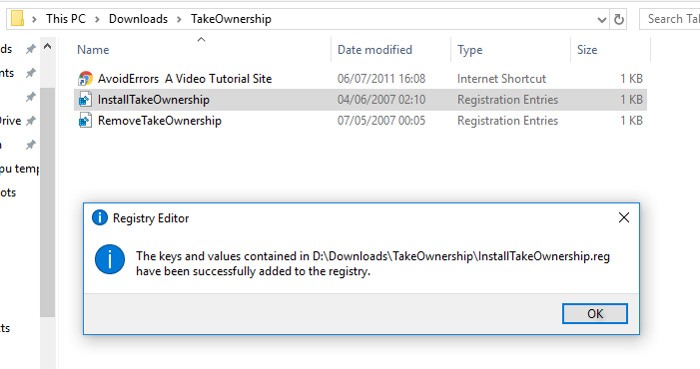 In addition to redirecting AppData, Windows' well-known folders (System32, Program Files (x86), etc) are dynamically merged with corresponding directories in the app package. Each package contains a folder named 'VFS' at its root. Any reads of directories or files in the VFS directory are merged at runtime with their respective native counterparts. For example, an application could contain C:Program FilesWindowsAppspackage_nameVFSSystemX86vc10.dll as part of its app package, but the file would appear to be installed at C:WindowsSystem32vc10.dll. This maintains compatibility with desktop applications that may expect files to live in non-package locations.

This short reference table shows common file system operations and how the OS handles them.

The following table shows where files shipping as part of your package are overlaid on the system for the app. Your application will perceive these files to be in the listed system locations, when in fact they are in the redirected locations inside C:Program FilesWindowsAppspackage_nameVFS. The FOLDERID locations are from the KNOWNFOLDERID constants.

App packages contain a registry.dat file, which serves as the logical equivalent of HKLMSoftware in the real registry. At runtime, this virtual registry merges the contents of this hive into the native system hive to provide a singular view of both. For example, if registry.dat contains a single key 'Foo', then a read of HKLMSoftware at runtime will also appear to contain 'Foo' (in addition to all the native system keys).

All writes under HKCU are copy-on-written to a private per-user, per-app location. Traditionally, uninstallers are unable to clean HKEY_CURRENT_USER because the registry data for logged out users is unmounted and unavailable.

All writes are kept during package upgrade and only deleted when the application is removed entirely.

This short reference table shows common registry operations and how the OS handles them.

When a package is uninstalled by the user, all files and folders located under C:Program FilesWindowsAppspackage_name are removed, as well as any redirected writes to AppData or the registry that were captured during the packaging process.