Introduced in 2008, the App Store is Apple's one-stop-shop for content that has been specifically created fort he iPhone, iPad, Apple Watch, and iPod touch. Apps may be developed through Apple as first-party programs like Keynote or GarageBand, or popular third-party apps developed by companies like Facebook or Microsoft. Since its inception, this digital storefront has seen over two million apps available for download, and Apple customers have downloaded more than 100 billion apps collectively.

The App Store is Apple's digital distribution platform used for distributing a mixture of both first-party and third-party apps to iOS, iPadOS, watchOS, tvOS, and macOS. Each ecosystem is locked down to apps on the store except for macOS, where users can still download apps directly from the web.

Apps fit into a wide variety of pricing schemes. Some apps are free, while others feature a one-time cost associated with downloads. Ads support some apps, and reoccurring subscription charges support others.

The iOS App Store initially launched on July 10, 2008, a day before the iPhone 3G was released. At launch, there were more than 500 apps available, of which 25% were listed as free apps. Popular apps available at launch included Sega's Super Monkey Ball, AOL's Instant Messenger, and Apple's own Texas Hold'em.

In late 2016, Apple began allowing developers to purchase advertising spots, which would show at the top of the search result page when specific keywords are searched.

In March 2017, Apple gave developers the ability to respond to customer reviews, allowing them to provide feedback, help, or insight into customer's issues.

For a few years, Apple had allowed affiliates to make a 7% commission off purchases in the iTunes Affiliate Program. However, in 2017, after Apple began expanding the App Store editors program — which curates and facilitates app discovery — they ended the affiliate program with regards to apps. Movies, TV shows, music, and books continue to receive a 7% commission cut.

In 2020 Apple added additional countries to its list that support the App Store, reaching 175 total.

Every app gets a unique product page, where a potential downloader will be able to get a better idea of what the app will be like before downloading it.

The product page allows users to see the publisher, chart position, recommended age range, rating, and various screenshots of the app. Users can also watch videos to learn how an app works before downloading.

If the app has won an editors' choice award, the badge will prominently be displayed at the top of the page. Some apps get unique banners and styling if they are apps celebrated by the editors in one way or another.

As an additional attempt at transparency in iOS 14, Apple has added a new section to app descriptions in the App Store for data that will describe what data an app is collecting about you and how it is shared.

Apps can have in-app purchases or subscriptions to drive revenue

In recent years, Apple has revamped the App Store to act not only as a place to purchase or download apps but also as a resource related to the apps. Editors maintain regularly published, curated lists of must-have apps in various categories. Every day, Apple also announces an App of the Day and a Game of the Day.

It also features tutorials and tips and tricks related to popular apps, giving users an incentive to check In daily to learn new skills.

The editorial team has also begun including 'Daily Stories,' a collection of original stories, interviews, and behind-the-scenes information that come together to show the impact apps have on our lives.

The Mac App Store was announced in October of 2010 and launched in January 2011 alongside the 10.6.6 Snow Leopard update. Apple's Senior Vice President of Internet Software and Services, Eddy Cue, was put in charge of overseeing the digital storefronts.

At launch, the Mac App Store featured over 1000 apps. Many of the apps were third-party ports of iOS games, such as Angry Birds and Flight Control. Other apps included Apple's iWork '09, iLife '11, and Aperture.

In January of 2018, Apple announced that all apps submitted must be 64-bit. All existing 32-bit apps would be required to switch to the 64-bit architecture by June 1, 2018, in preparation for the macOS Catalina launch.

In 2020, Apple expanded its universal App purchases to include Mac Apps, so now you can pay once and own an app across all the Apple operating systems.

When Macs with Apple Silicon launch in late 2020 all apps built for iPhone and iPad will be compatible with those Macs natively. Developers will have to enable the app for download from the Mac App Store, however.

Apple Watch lets you install apps directly from the device

In 2019, Apple had announced that users would be able to purchase and download apps directly from the Apple Watch, eliminating the need for an iPhone companion app. Companies like Nike and Pandora have released standalone apps for the Apple Watch.

Apple Watch has continued to grow more independent from the iPhone, and being able to browse and download apps directly on the Watch helps push that independence further. watchOS 6 enables watch face sharing between users, which will then prompt users to download apps for the complications they do not have already installed.

Apple Arcade is Apple's video game subscription service that offers a 'play all you want' model for a recurring fee of $4.99 a month. Designed to circumvent many of the problems of modern mobile games, Apple Arcade has been well received and features a game catalog of over 100 titles. Currently, Apple Arcade is accessible as its own tab within the App Store app.

In 2015, hundreds of apps were created with XcodeGhost, a malicious version of Apple's Xcode development software. Many of the apps were developed in regions where access to Xcode was notoriously difficult to access, such as China. The apps were subsequently removed, and Apple began working with the developers to help them migrate to the official Xcode program. Shortly after, Apple made Xcode easier to access in areas outside of the United States.

In 2018, Apple had begun to crack down on the use of templates and commercial app services. Apple had hoped that this would prevent duplicate apps from showing up on the App Store.

However, many developers and customers argued that it unfairly targeted small businesses and nonprofits from being able to maintain their apps feasibly. Apple later went on to clarify that companies and organizations were allowed to use development suites, services, and app templates, but only if they directly published the apps on their own.

Since early 2017, the Chinese government has been instrumental in censoring apps that appear in the China-based iOS App Store. Virtual private network (VPN) apps, internet calling apps like Skype, and non-Chinese social media apps are among those that have been banned. Apple's willingness to remove such apps has been viewed critically by the media, who claim it lends credibility to Chinese censorship.

Apple was harshly criticized for removing HKMap Live, a controversial police monitoring app, in late 2019. The app had been used by Hong Kong citizens to avoid areas where protesters and police had altercations. Tim Cook later defended the choice, stating that the app was used to vandalize property where no police were present, as well as target individual police officers for violence.

During the 2020 coronavirus outbreak, Apple deemed it necessary to ban all non-official apps pertaining to the coronavirus. This includes using it in a game or entertainment app title or description.

The App Store has also been at the center of many antitrust cases in recent years. In May of 2019, The U.S. Supreme Court voted 5 to 4 to allow an antitrust lawsuit against Apple to proceed, one accusing the company of maintaining a monopoly on iOS apps via the App Store.

Developers of iOS apps have been interviewed by investigators working for the US Justice Department as part of an antitrust probe into major tech companies and their control over digital marketplaces, and whether they are competing fairly.

The probe is a review to assess 'the widespread concerns that consumers, businesses, and entrepreneurs have expressed about search, social media, and some retail services online,' the DoJ said in an announcement. Its Antitrust Division was confirmed as 'conferring with and seeking information from the public, including industry participants who have direct insight into competition in online platforms, as well as others.'

The antitrust committee has also asked Apple for information related to how they manage the App Store. Information requested includes Apple's policy of third-party payment systems, Apple's revenue-share policy for in-app purchases, and whether or not users can choose non-Apple apps as default apps.

The Hey email app only works if subscribed from their website

A new email app called 'Hey' by the creators of Basecamp was rejected from the App Store for violating payment practices. The discussion surrounding the rejection turned to other apps that use the same system, and Apple asserts the rejection was based on 'the app not working without a subscription.'

The basis for the rejection is not consistent with other apps, and more will develop from this action as antitrust investigations continue. Apple SVP Phil Schiller weighed in on the issue stating that Apple had no intention to change the App Store policies, and Hey could be re-admitted by following some guidelines.

Microsoft President Brad Smith also took the opportunity to make a public statement on the matter. He wants major tech companies to be held accountable for unfair business practices within their app stores, and wants a new antitrust review across the board.

Apple ultimately reached an agreement with the developers of Hey by letting them update the app if there was a trial version available. As a direct result of this very publicized issue, Apple has added a policy that will let developers challenge decisions made by Apple in an official capacity.

Apple has strict rules in place surrounding how users get content from within apps and how that benefits them. Apps purchased from the App Store, any in-app purchase, and subscriptions made within an app all have to pay a 30% cut to Apple.

This has lead to many apps trying to circumvent the in-app purchase model altogether.

Netflix and other entertainment apps will not let you subscribe from within the app, and some have resorted to a 30% price hike on subscriptions when done within apps rather on a website. Apple guidelines prevent developers from linking or even mentioning that other sources for making purchases exist.

App Store subscriptions were introduced in 2016 as an alternative business model and would allow users to pay for new features regularly with the ability to cancel at any time. This feature came with a lower 'Apple Tax' of 15% as long as users stayed subscribed for over a year. 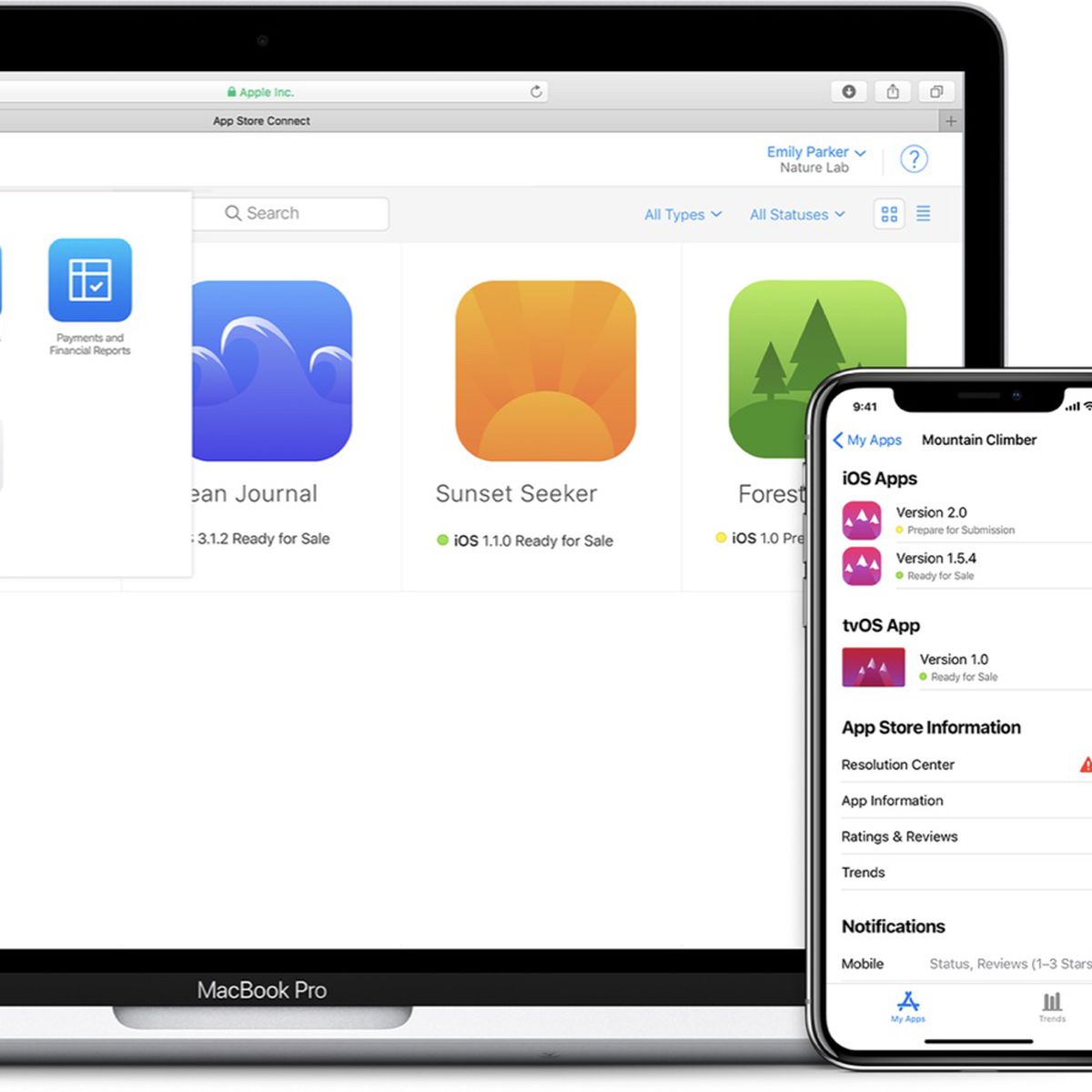 Apple made a huge move in April 2020 to allow specific entertainment apps to make sales inside their apps without a 30% cut. This is similar to how shopping goods apps like Best Buy and Amazon already work, but would apply to digital goods as well.

As long as a user has a credit card on file with Amazon, they may make purchases using the in-app cart system. If not, it will defer to an in-app purchase system using the on file Apple payment method for the App Store.