While Apple has updated its 13-inch MacBook Pro with a scissor keyboard and better processors, there are still rumors about a future refresh. Since the 15-inch MacBook Pro saw a screen size increase to 16 inches, it is believed that the smaller one will see a similar increase. Since the latest revision occurred in May 2020, rumors point to a potential 2021 release of this updated model.

Apple's smallest professional computer is nearing its inevitable update after the 16-inch MacBook Pro and 2020 MacBook Air both saw updates this past year. A new 13-inch MacBook Pro with new processors, new keyboard, and other new features released on May 4, putting into question when a 14-inch MacBook Pro could potentially launch in 2020.

Rumors about Apple's unreleased products continually churn, but usually provide some insight into what may be released next. With the recent update to the 13-inch MacBook Pro, very little is known about what could come for the 14-inch refresh beyond the screen size update.

After years of increased failure rates and reported stickiness and repeating keys, Apple has finally found a suitable replacement for the butterfly keyboard. The new Magic Keyboard features a new scissor-switch mechanism, which has 1mm of travel and is thought to be more resilient than its predecessor.

The 13-inch MacBook Pro finally received this new keyboard in its 2020 refresh, and Apple will retain the mechanism for newer MacBook models.

As with the other Touch Bar MacBook Pro, the 14-inch model is expected to have the physical escape key. User frustration over a digital escape key, one without tactile feedback that could disappear during use, must have been heard loud and clear.

The 14-inch MacBook Pro should have a physical escape key

Each device with a Magic Keyboard has keys that are spaced slightly further apart for better ergonomics. There is a distinctive click to the keyboard but is not as loud as the 2016 butterfly mechanism.

A much-desired change to the arrow keys has also been applied to the Magic Keyboard. The inverted-T arrangement with half spaced left and right arrow keys makes it much easier to find keys when touch typing. The up and down keys take up the space of a single key but are distinguishable by feel. 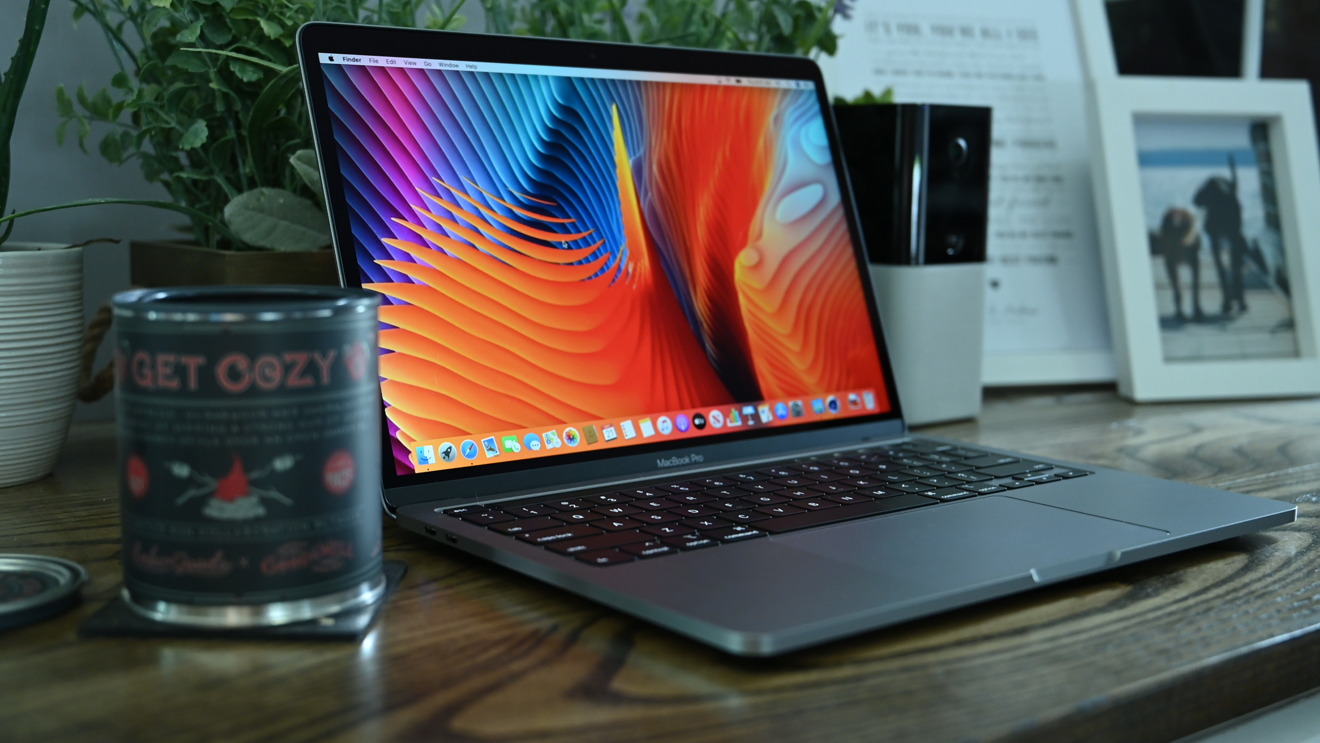 Rumors point to a 14.1-inch Retina Display. This is the size you would get from slightly extending the screen into the current bezel space of the 13-inch, which provides a more immersive experience without affecting the physical size of the MacBook Pro itself.

Since the other specifications of the 16-inch screen did not change, it is unlikely the 14-inch will either. 500 nits of brightness with a P3 color gamut is still well placed in a professional laptop, however.

Some rumors point to a 2020 MacBook Pro refresh with Mini LED. The 14-inch MacBook Pro that is expected in May could have such screen technology, alongside a refreshed 16-inch, but it is unlikely. Mini LED could still show up in 2021 across several Apple product updates.

Apple announced their intent to move their Mac line to Apple Silicon over the next two years, and the first models are expected by the end of 2020. The company seems to be saving its major redesigns for the major chip transition, as the new iMac updates in August show.

Apple has not said how the new Apple Silicon processors will differ, but comments from their leadership have said the Developer Transition Kit with A12Z Bionic is an example of them 'not even trying.' The microphones are likely to get the same treatment as the other Apple laptops. Apple introduced three 'studio-grade' microphones positioned about the keyboard for better capture without the need for an external mic.

The current 13-inch MacBook Pro has two or four Thunderbolt 3 ports depending on the processor configuration, with the higher-specification variant having more ports. This may change with the newer model or could continue being limited.

Due to the latest Thunderbolt 3 specs brought by new Intel processors, it will be able to drive displays up to 6K, including the Pro Display XDR.

Regulation filings with China and Korea show that Apple is preparing a new battery for a MacBook Air sized machine. The new battery could be used in the 14-inch MacBook Pro as well.

A tweet on May 11 claimed the 14-inch MacBook Pro would not be coming until 2021, with Jon Prosser confirming the information with a '100%' in his reply.

When will Apple release the 14-inch MacBook Pro?

Apple will likely release the re-designed MacBook Pro in 2021 according to Jon Prosser. The new model was expected originally in 2020, but the spring update to the 13-inch MacBook Pro pushed that back.

The 13-inch MacBook Pro starts at $1,299 and will be replaced by the new 14-inch model when it launches. Apple analyst Ming-Chi Kuo says that Apple Silicon chips might make future models more expensive, however.

Will the 14-inch MacBook Pro use Intel or Apple Silicon?

Apple will be moving its entire Mac lineup to Apple Silicon over the next two years. The re-designed model will likely have Apple Silicon as a part of its new feature set.